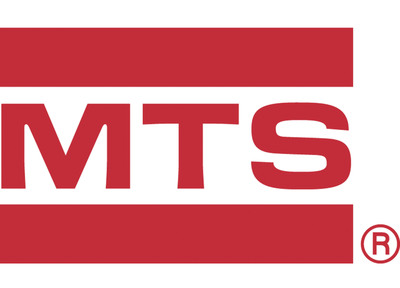 "This was a watershed year for MTS as we completed our evolution into a comprehensive 'Test and Measurement' company, having the critical mass, technology leadership and customer service needed to support our customers in key markets and geographies worldwide," stated Dr. , President and Chief Executive Officer, as he reflected on fiscal year 2017.

Dr. Graves continued, "We are pleased to have substantially completed the integration of PCB in fiscal year 2017, creating a powerful, global industrial Sensors business that will generate exciting growth, profitability and free cash flow for years to come. Our belief in the accelerating demand for industrial sensors worldwide is driven by the rapid implementation of industrial automation, along with relentless demand for the testing of new products on an ever-more challenging schedule for our customers. The impact of these factors drove strong, double-digit growth in Sensors revenue in the fourth quarter, climbing 12% to a record , reflecting strength across all major geographies and end-markets. We are convinced more than ever that, with the strength of our Sensors product portfolio and the scale to support customers worldwide, this growth trend is sustainable in the years ahead. This is particularly true as the major economies continue to grow, and as our key end markets for industrial automation and the testing of new products in OEM and University laboratories around the world, expand."

"From a Test standpoint, we were also pleased that, as expected, order rates continued to strengthen in the fourth quarter, growing 28% on a sequential-quarter basis, and 12% year-over-year, to a record level of ," Dr. Graves continued. "The improvement in orders has positioned us for future growth as Test backlog has once again climbed to over at year-end. The record level of Test orders is primarily attributable to customers moving forward with new product investments and recognizing the innovation and value of MTS Test products. Demand remains solid in the U.S. and for the infrastructure and vehicle test markets, and we continue to see opportunities to provide new testing solutions to meet customer needs. Looking forward, with the growing needs for testing of electric/hybrid vehicles, and the move toward vehicle autonomy, we expect strength, not only in the automotive OEM markets, but increasingly in the materials test markets where new light-weight metal and carbon fiber composites are increasingly essential to these new ground and air vehicle designs."

Revenue was , down or 6.2 percent, compared to the same quarter in the prior year, driven mainly by a reduced opening backlog in Test. This reduction in starting backlog was the result of two factors, lower order levels in the second half of fiscal year 2016 and the first half of fiscal year 2017, combined with improvements in manufacturing efficiencies which resulted in accelerated build rates throughout the period. As a result of these factors, Test revenue declined 14.6 percent year-over-year. Sensors revenue partially offset the decline in the Test business with an 11.7 percent increase, driven by greater demand in the positional sensors sector and new opportunities in the test sensors sector.

Test orders for the quarter were , a 28.2 percent sequential increase over the third quarter of fiscal 2017 and 11.7 percent higher than the same prior year period. The orders growth was attributable to accelerated quoting rates and deal closure from the Test opportunity pipeline that remains near in opportunities over the next 12 months.

During the fourth quarter of fiscal year 2017, we initiated a series of restructuring actions in Test and Sensors to increase organizational effectiveness, gain manufacturing efficiencies and provide cost savings to reinvest in our growth initiatives. The restructuring actions resulted in of additional expense recognized during the quarter. We expect to incur of additional expense in fiscal year 2018 for these actions already taken.

Earnings before taxes totaled , a decrease of compared to the prior year. The decline was primarily driven by increased interest expense from one-time costs associated with our debt repricing, partially offset by improved gross margins. On , we completed a repricing of our existing senior secured term loan B facility to reduce the applicable rate by 100 basis points, which we expect will result in annual interest expense savings of at least beginning in fiscal year 2018.

Diluted earnings per share on a GAAP basis was , flat to the prior year. Fiscal year 2017 results include a reduction in the effective tax rate stemming from U.S. R&D tax credits and a more favorable geographic mix of earnings. EPS for the fourth quarter of fiscal year 2017 also includes higher interest expense related to the cost of the debt repricing.

Revenue grew , or 21.2 percent, to compared to the prior year. Sensors contributed 22.5 percent to the revenue growth primarily driven by 19.9 percent from the PCB acquisition completed in and greater demand in the positional sensors sector, specifically a rebound in the heavy construction market. Test partially offset the revenue growth by 1.3 percent resulting from soft orders in the last half of fiscal year 2016 and first half of fiscal year 2017.

Test orders for the full year were , a 1.8 percent decrease compared to the prior year. The overall decline from the prior year was attributable to customers targeting order placements later in fiscal year 2017, which resulted in consecutive quarterly improvement in orders of 8.8% and 28.2% in the third and fourth quarters, respectively. Test orders grew in the second half of the fiscal year driven by accelerated quoting rates and deal closure from the Test opportunity pipeline that remains near in opportunities over the next 12 months. Test ended the year with a backlog of .

Earnings before taxes totaled , a decrease of compared to the prior year. The decline was driven by of additional interest expense in fiscal year 2017 related to the term loan B debt which was incurred in and one-time debt repricing costs incurred in July of fiscal year 2017, and of expense related to the investigation into code of conduct violations in our Test China operations. Partially offsetting these expenses were the contributions from the addition of PCB and growth in Sensors revenue.

Diluted earnings per share on a GAAP basis was compared to in the prior year. Fiscal year 2017 results include a reduction in the effective tax rate stemming from the impact of additional U.S. tax credits for the prior fiscal years associated with domestic manufacturing, deductible PCB acquisition-related expenses, U.S. R&D tax credits and a more favorable geographic mix of earnings. These tax credits provided a benefit to our EPS compared to the same prior year period. EPS for fiscal year 2017 was negatively impacted by 2,958 additional diluted weighted average shares outstanding primarily from the stock and TEU offerings in the third quarter of fiscal year 2016 and higher amortization expense and interest expense related to the PCB acquisition.

Looking to our fiscal year 2018, for the Test business, given the highly skewed orders profile in the second half of fiscal year 2017 and custom project backlog weighting, as we enter the new year, we expect to experience flat to slightly declining revenue growth and modest earnings growth for the full year, with the second half expected to perform stronger than the first half of the year.  Given the solid outlook for Test demand in the next few years, investments will continue throughout fiscal year 2018, targeted specifically at operational efficiency initiatives and new products.

For our Sensor business, strong demand is anticipated to continue in fiscal year 2018, driven by new products across all major markets and geographies. In addition, with the integration efforts substantially complete, we expect further realization of synergies related to both operational efficiencies and revenue growth, over the next several years. For fiscal year 2018, this combination of positive factors is expected to yield strong top line performance, margin expansion and EBITDA growth for the Sensor business.

Based on these factors, at a full-company level, we are forecasting revenues in the range of and GAAP earnings per share of for our fiscal year 2018. This guidance reflects additional restructuring expenses of for actions initiated in fiscal year 2017. In addition, we are forecasting adjusted EBITDA for the full year to range between . A reconciliation of this non-GAAP measure to net income, the closest GAAP measure, is included in Exhibit E of this earnings release.

testing hardware, software and services solutions help customers accelerate and improve their design, development and manufacturing processes and are used for determining the mechanical behavior of materials, products and structures. MTS's high-performance sensors provide controls for a variety of applications measuring motion, pressure, position, force and sound. MTS had 3,500 employees as of and revenue of for the fiscal year ended . Additional information on MTS can be found at www.mts.com.